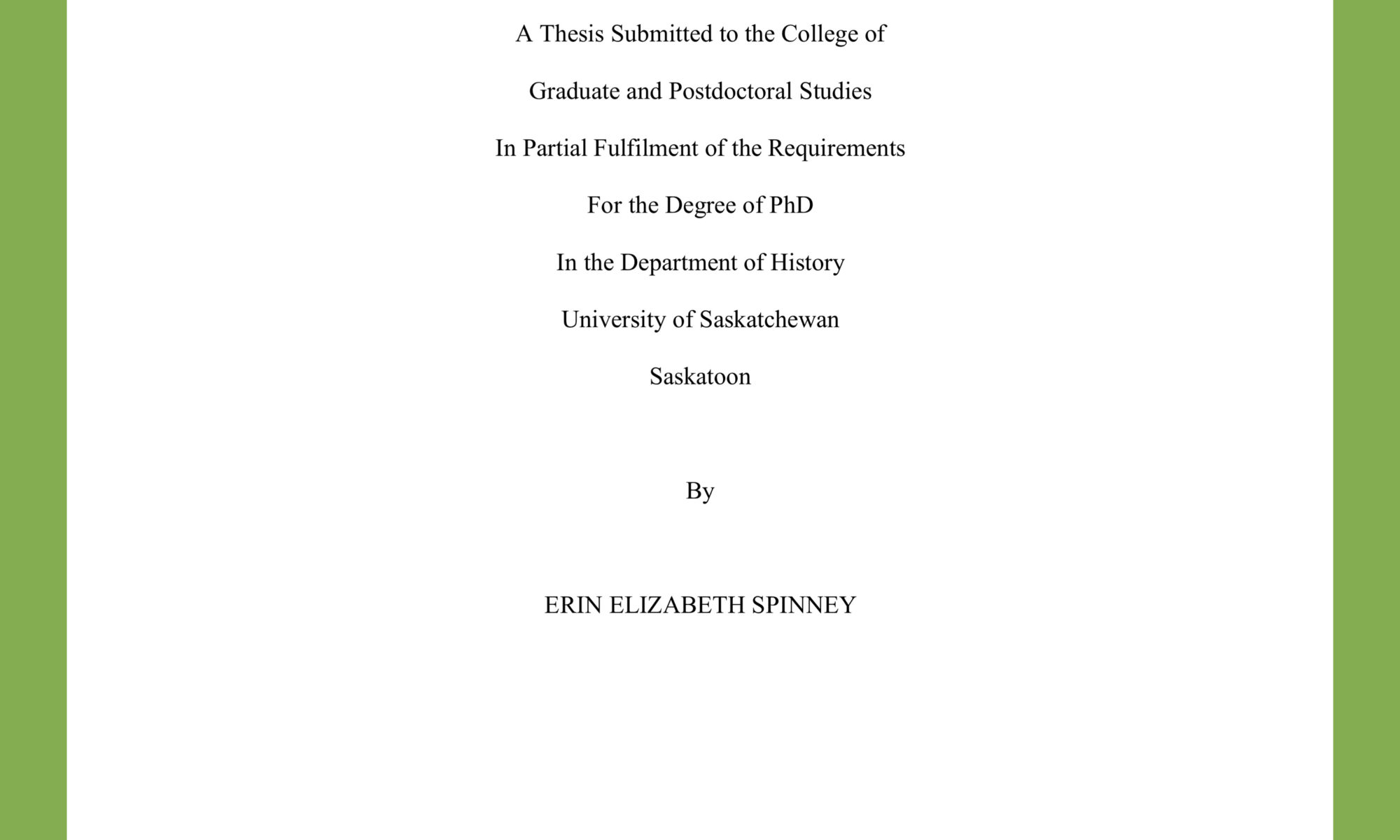 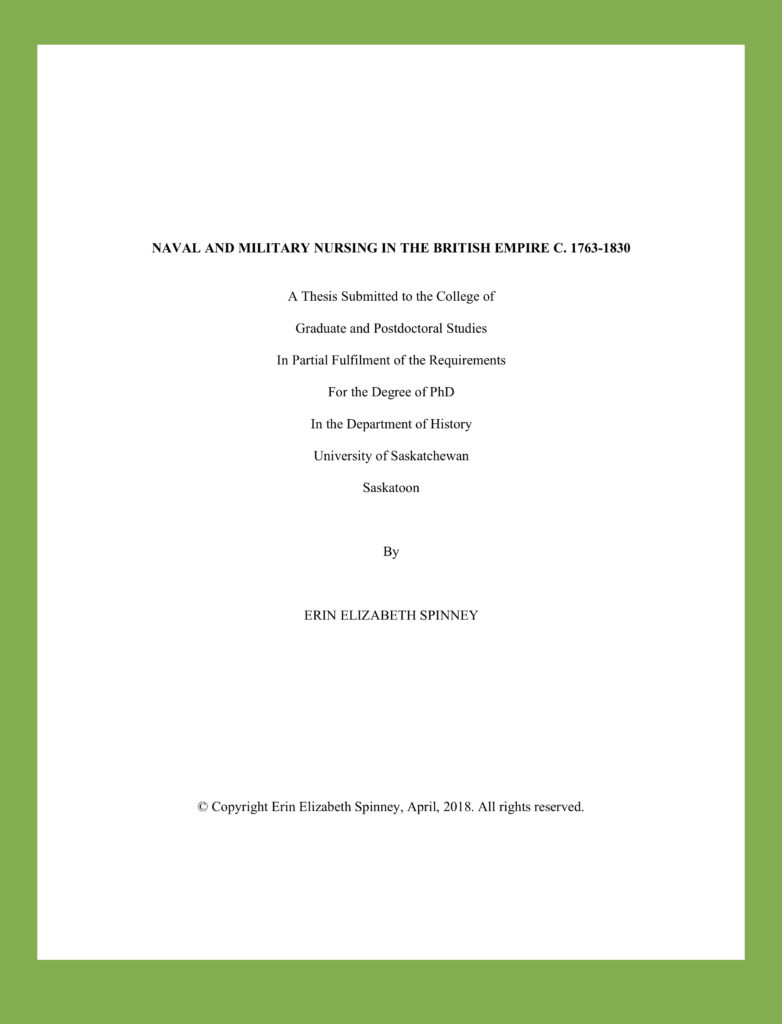 My PhD dissertation is now available for download from the University of Saskatchewan eCommons website.  Thank you to my committee members and co-supervisors for their help in completing this work!

This dissertation analyses the work of female nurses in military and naval hospitals from the mid eighteenth century until the aftermath of the Napoleonic Wars in the early nineteenth century.  Nursing history has primarily forgotten these women, or when they do enter into historical narratives, it is often as a foil when compared to the medical practitioner. Pre-Nightingale nurses are often framed by nursing historians as ineffective, ignorant drunkards, the embodiment of the Dickensian Sairey Gamp stereotype. By examining why medical practitioners and naval and military administrators decided to hire female nurses, it is possible to explore two frameworks of investigation in this dissertation. First, the importance of nurses to eighteenth-and early nineteenth-century military and naval clinical hospitals, was shown in official correspondence, regulations, and medical treatises.  Examining the crucial role of nurses in maintaining a healthy healing environment through cleanliness and ventilation reintegrates nurses into a previously male medical practitioner dominated narrative. In Britain, both patient care and domestic duties were viewed, societally, in the eighteenth and early nineteenth centuries as distinctly female skills.  At West Indian stations, the ideal nurses were also female.  Yet, the additional layer of race and accompanying theories of racialized immunity to tropical diseases, combined with the stratified labour market of the islands, meant that Black women were considered by medical practitioners to be the best nurses.  These considerations resulted in the employment of enslaved women at the Bermuda Naval Hospital.  Second, I counter historiographical preconceptions about pre-Nightingale nursing through a detailed prosopographical analysis of the nursing workforce at Plymouth Naval Hospitals, in conjunction with the nursing regulations for military and naval medical systems of care.  As the experiences of nurses of Plymouth Naval Hospital show, the physical stability of naval hospitals allowed for nurses to develop healing and care skills over a period of longstanding employment.  These nurses were not, as the historiographical prejudice contends, primarily thieves and drunkards.  Furthermore, a comparison of military and naval regulations demonstrates that the regulatory structure of naval hospitals, and the position of nurses in them, cannot be explained merely by the permanence of their institutions. Nursing and nurses were part of a broader professionalization of healing practices in the second half of the eighteenth century.  As complex institutions, naval hospitals only functioned when everyone’s role in the hospital was clear.  In the army, by contrast, the role of nurses was less explicit and not carefully delineated. When recollecting the pre-Nightingale period of nursing, it is often the military nurses who are recalled by nursing historians – women seen even at the time as replaceable, untrained, and unnecessary.  Reconfiguring our view to include the naval nurse – valued, crucial to hospital operation, and with a defined role – complicates the long-standing progressivist account of nursing after Nightingale to illustrate continuity between the two periods.